Why Korčula Should Be on Your Croatia Itinerary 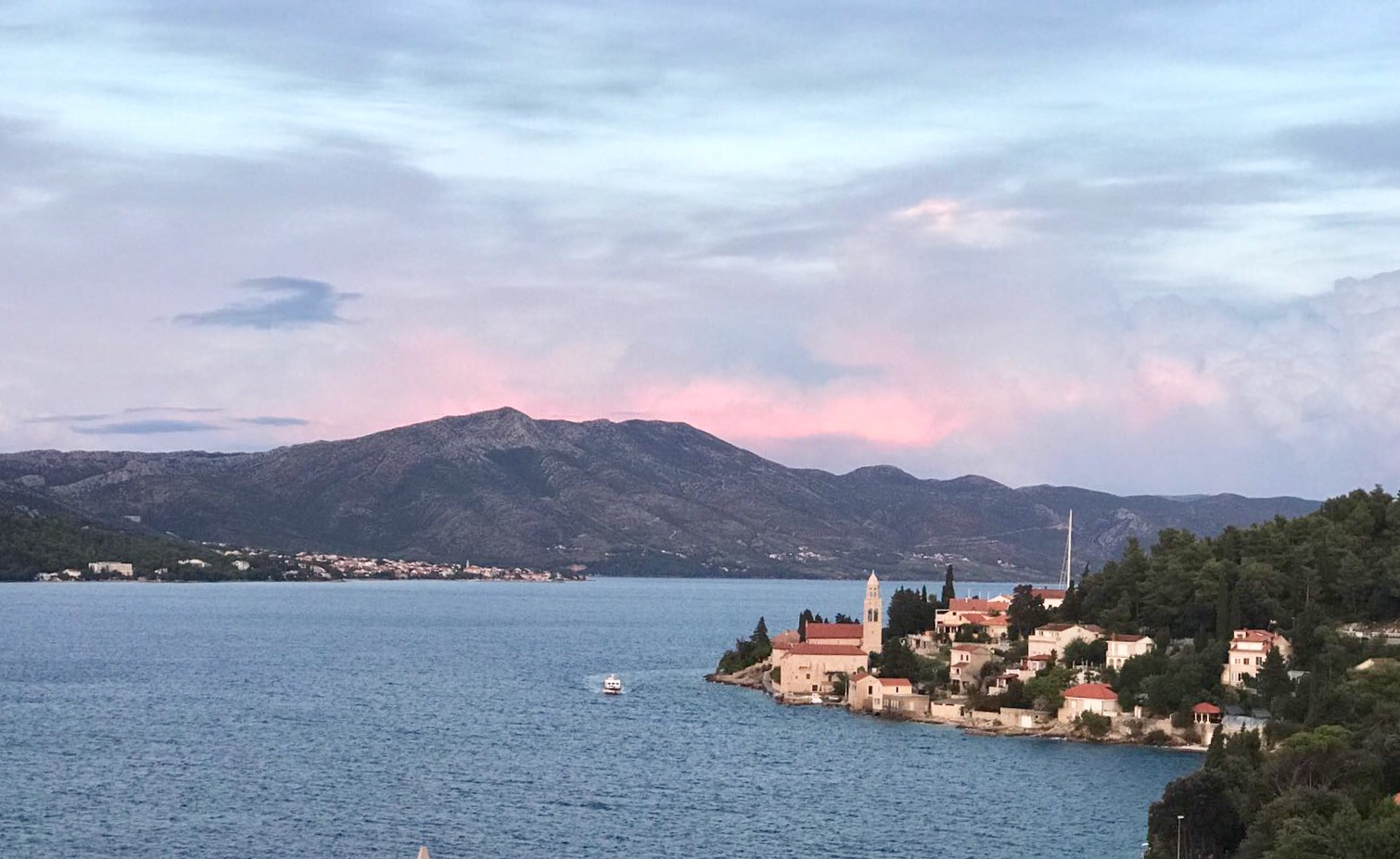 We only had time to visit one of Croatia’s many islands during our recent trip.  As we were journeying from Dubrovnik to Split by ferry, we decided to pick from the islands on route. But even then, it was not an easy decision. The glam tends to favour lively Hvar, while families are more likely to flock to Brač. But Korčula, located within easy reach of our starting point of Dubrovnik (just two hours by catamaran or two hours 40 minutes from Split), had a little bit of everything we were looking for.

Here’s why I loved Korcula, and why you should add it to your list of places to visit in Croatia:

Korcula is often called “little Dubrovnik”. The Old Town features terracotta rooftops, marble pavement, and charming side streets. The result is a place that looks very much like a small-town version of the much-loved city.

Get lost in its picture-perfect streets and admire its old-world beauty.

Many of the island’s beaches, like much of Croatia, are primarily small white pebble beaches.  This includes many of the beaches near Korčula’s Old Town.  I’ve never been the biggest fan of pebble beaches. However the gorgeous, clear waters more than made up for it, and I loved the swimming spots near our apartment.

But unlike much of Croatia, Lumbarda, a small village located on the eastern tip of the island, has not one, but two sandy beaches. It’s perfect for those of you that cringe at the thought of trying to get cosy on the rough pebbles.

Just stay within the roped off swimming areas. And although these areas did not appear to have any sea urchins, it is worth keeping an eye out for the spiny sea creatures. Croatia’s waters are rife with them.

We arrived in the Old Town on the night of the Flavours and Sounds of Korčula event taking place in the rotunda by the main harbour. Market stalls sold locally made sweets, wine, and olive oil, a great first taste of some of the local food and drink.

Korčula produces its own wine, a unique white from a grape grown nowhere else in the world. Even odder, these grapes are female only. This means they need a different variety of grape to pollinate it, making for a one of a kind dry wine (known as Grk).

While you’re in the Old Town, have dinner along the waterfront, enjoying the great views over the Adriatic. We chose Silk, which serves up some surprisingly good Thai street food (the grilled octopus was especially tasty).

We ended the evening at the cosy and friendly wine bar Bokar. Here, you can sample a wide range of wines from across the world, with options for cheese/snack boards to accompany.

Our apartment, rented through Airbnb, had some incredible views out over the sea and to the mountains on the Pelješac peninsula. It was also just a short walk from the Old Town.

On this side of the island, there seemed to be a lot of places to rent with similarly spectacular views, perfect for sitting with a cup of coffee and watching the boats pass by.

The walk from the apartment to the Old Town was equally stunning. No matter what time of day we went, it looked like the front of a perfect postcard.

For a little island, Korčula boasts some surprising claims to fame.  Most notably, Marco Polo was supposedly born on the island (just don’t tell the Venetians). As such, there is a museum dedicated to the explorer in the Old Town. We did skip going in as it looked like a bit of a tourist trap).

The island also boasts impressive medieval walls surrounding the Old Town, a grand 15th-century cathedral, and a few more museums focusing on the town’s history and culture, which, in addition to Croatian, has been under Venetian, Greek, and Austrian (to name a few) rule during its long history.

The Opportunity to Relax

Perhaps it was the time of year we visited, September being outside of the peak season, but Korčula was pleasantly quiet, a welcome change of scenery from the crowds of Dubrovnik and Split.

Away from the Old Town, you’ll find small villages, such as previously mentioned Lumbarda, easily reachable by bike (there are several rental places on the island) or by car. Admittedly, we didn’t venture far, preferring to spend the few days we had on the island in a state of relaxed bliss.

Off the main paths in the Old Town, it becomes suddenly quiet. Soak up the sun on its beaches, wander the alleyways of the town, enjoy the scenery, and take life a little bit slower.

There’s a part of me that will always have a soft spot for places like Korčula. In many ways, from its mountainous backdrop to its old-world streets, the island is worlds different from the island on the Outer Banks where I grew up, but somewhere among its independent shops, fishing boats lining the docks, and the way it rises and falls with the seasons, a part of me felt at home.

I’d love to return to Croatia soon and check out more of its gorgeous islands. Where would you recommend? Let me know in the comments!

How to Spend 6 Days in Split, Croatia