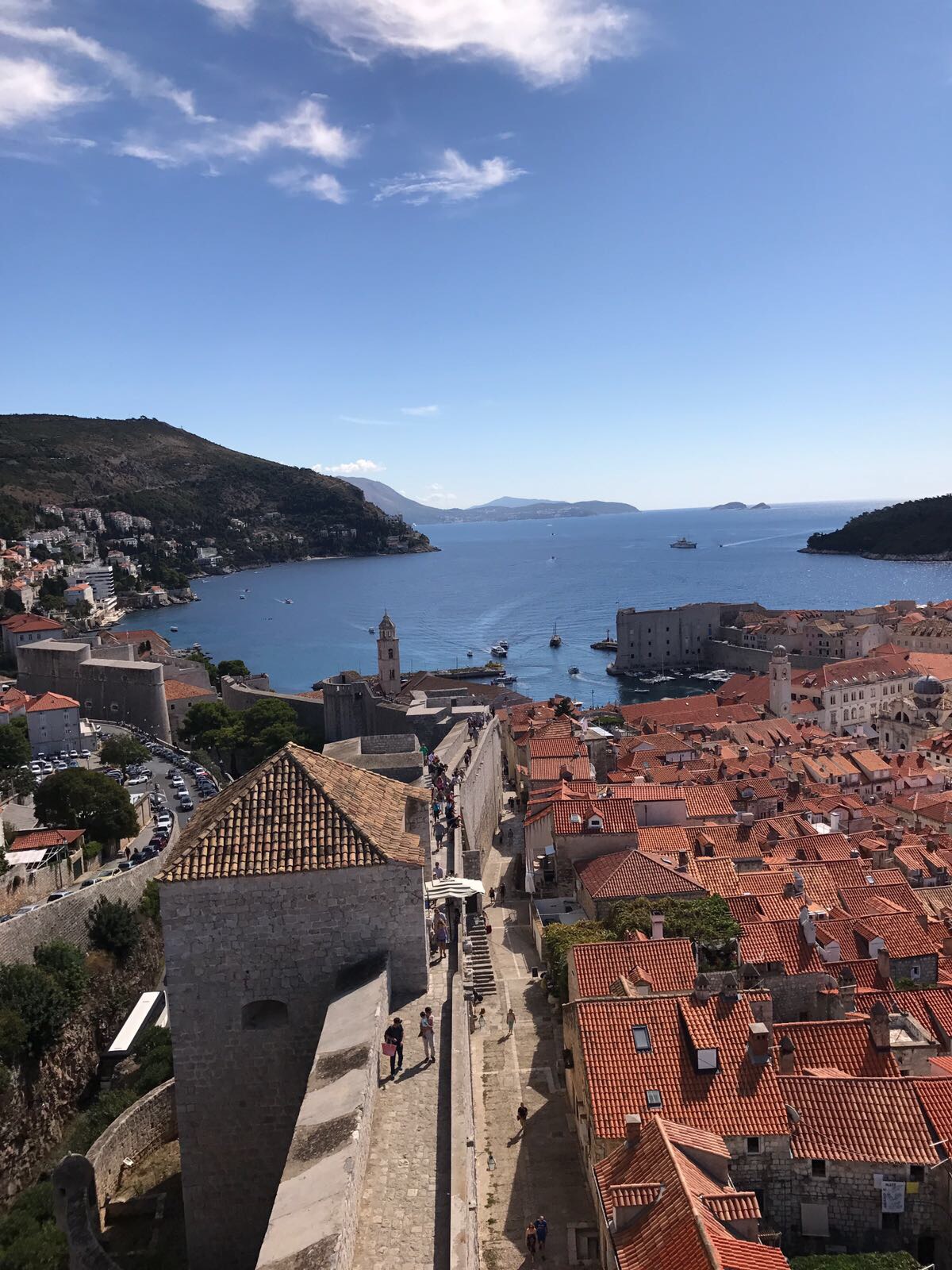 Dubrovnik has long been a real treasure in the Adriatic, offering up gorgeous coastlines and a particularly beautiful old town. But it has risen to fame in the past few years as a Game of Thrones filming location. For fans, its become instantly recognisable as King’s Landing in the hit series.

Throughout the city, tours are cropping up to take fans around the locations in the Old Town used for scenes in the show.  Many of the tours are led by people who worked on the show itself, offering up inside knowledge to what filming there was actually like.

I highly recommend taking a tour to see these sites. You’ll gain a better understanding of the scenes filmed here. However, if you are on a budget, or, like me, enjoy showing yourself around, it is possible to make your own tour.

How? By taking this guide with you.

Start early by grabbing one of the morning boats to Lokrum (it leaves every half hour) or giving the island a day of its own.  The boats leave from the Old Port and take approximately 15 minutes to reach Lokrum.

The island’s Visitor’s Centre has a small exhibition about the making of the show. And best of all, it featured a replica of the Iron Throne itself for the perfect photo opportunity.

To the left of the throne, doors lead out to the courtyards of a Benedictine monastery. This spot was used in Season 2 as Qarth, as well as the Botanical Gardens, which are free to wander around.

The rest of the island is great for exploring nature, swimming in the crystal clear lake called the Dead Sea, and watching the numerous peacocks and rabbits that call this place home.

Once you’ve returned to the mainland, make your way back through the Old Town. Not far from the port there is the abandoned Hotel Belvedere. This acted as setting of the duel between the Mountain and Oberyn Martell in Season 4, but, so far as I know, this location can only be visited as part of a tour.

You’ll enter back through the Old Town walls using the east entrance, Ploče. This spot was in the show as the entrance to the Red Keep in Season 5.

Another one from Season 2 in Qarth, the exterior of Rector’s Palace was used in the scene where Daenerys asks the Spice King for an army to cross the narrow sea. The Palace was built in the 15th century for the elected rector that ruled Dubrovnik at the time.

It’s just a two-minute walk from the Old Port, on Ul. Pred Dvorum.

The Steps to the Sept of Balor (Jesuit Steps)

From there, head to Ul. Josipa Jurja Strossmayera towards Church of St. Ignatius, where you are sure to recognise the steps leading up to it. Used in one of the show’s most famous scenes where Cersei does the ultimate ‘walk of shame’, the Jesuit steps are a must-see for any fan of the show. In real life, the steps leading up to the church and two of the city’s colleges.

A bar on the steps even advertises a ‘shame’ cocktail.

This nearby cobbled street has an old-world charm. It was used in many market scenes throughout the show, particularly in Season 2. This included the murders of King Robert’s illegitimate sons, and part of Cersei’s walk of shame in Season 5.

Further along, you may recognise this doorway from Season 4; it was used for the outdoor scenes of Littlefinger’s brothel, including where Tyrion meets Oberyn Martell. In real life, the door belongs to the not-so-seedy Ethnographic Museum.

Next, head up on the walls. These will not only give you a bird’s-eye view of many of the sites but were also used in some scenes themselves.

Take, for example, Bokar Fortress, located on one of the west corners of the walls. Overlooking Fort Lovrijenac, this spot was used in several King’s Landing scenes. This included the one between Tyrion and Varys in Season 2, where they discussed Tyrion’s position as Hand of the King.

House of the Undying (Minčeta Tower)

The highest point on the city walls, this tower, with its unique winding entrance, was perfect as the entrance to the House of the Undying in Qarth from Season 2, where Daenerys searches for her dragons.

Climb to the top for spectacular views over the city.

To the Red Keep (Fort Lovrijenac)

On the other side of the walls, sat atop a rocky outcrop, is Fort Lovrijenac. But you’ll quickly recognise it as the imposing Red Keep, used throughout the series (minus a few digitally added towers).

Meanwhile, the bay in front of the fortress served as the filming location for the Battle of Blackwater Bay in Season 2.

The fort has played an important part in Dubrovnik’s history, including helping it to resist Venetian rule in the 11th century. Climb to the top for a view over the town and the Adriatic Sea. At the foot of the fort, you can spot the place where Myrcella sets sail for Dorne.

The Scene of the ‘Purple Wedding’ (Gradac Park)

The wedding between Margeary Tyrell and Joffery Baratheon was filmed in Northern Ireland. But the reception was filmed in the area of the park closest to Fort Lovrijenac. This spot offers some great views of the Old Town, Fort, and the sea. Although, some storms had recently hit when we visited and wasn’t as picturesque as usual.

As we wait for the last season of the show, still likely a year away from airing, I’m looking forward to seeing what parts of this beautiful city pop up in new scenes.  But in the meantime, touring the real-life locations of the past seasons will help stave off some pent-up excitement, at least a little bit.

How to Spend 3 Days in Venice