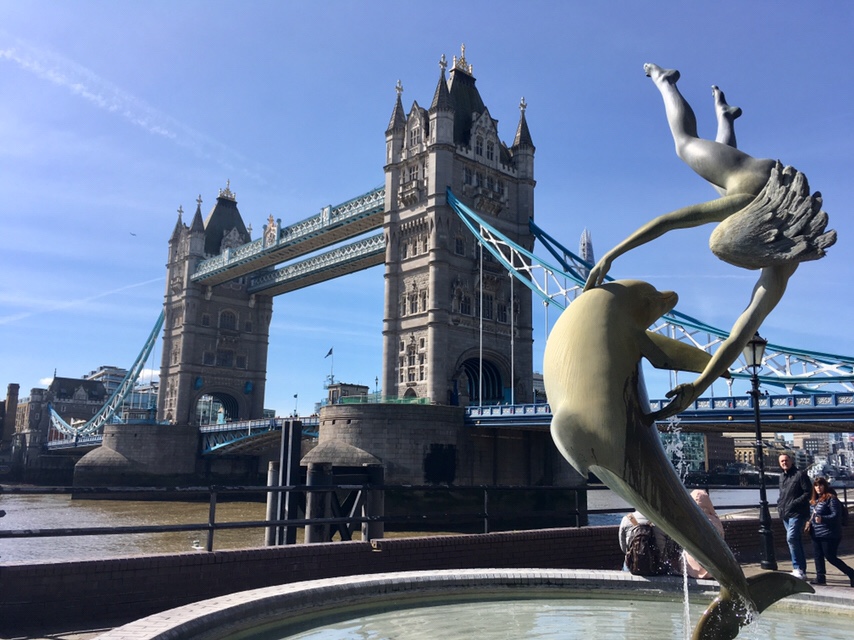 Summer is officially here, which is easily my favourite time of year in London. While I previously mentioned how enchanting my home is when the Christmas season rolls around, I’m a summer girl and truly come alive when the weather gets warmer and the daylight hours are longer.

But it’s not just being able to sit in my garden in the sunshine after working hours that puts me in a cheerful mood this time of year. Like me, the city’s spirit seems lifted, and there’s much more to keep you entertained.

Yes, the tubes are horrendous in the heat, and yes the bugs (and tourists) descend on the city this time of year, but even that doesn’t get me down.

Buckingham Palace is only open to the public to tour for ten weeks of the year, from around 20 July to 29 September. During this time you can take a tour of the State Rooms. Find out more about touring the Palace here.

Take some pictures at the nearby lavender fields

Mayfield Lavender Farm opens from June to September, located just on the outskirts of South London. The gorgeous fields feature English lavender as far as the eye can see, as well as a shop selling the farm’s lavender products, cafe, and private party area. Find out more about a day trip to the fields in my blog here.

When the sun comes out, the insides of the pubs become quieter as everyone spills into the beer gardens and take advantage of anywhere with outdoor space. The Pimms and Aperol spritz flow freely, the sunglasses are on, and it somehow becomes perfectly acceptable to spend the entirety of a sunny day this way. This may be the case throughout the UK, but London has a few special haunts that are just made for summer weather, with numerous rooftop bars and places by the river (like Coppa). Get some inspiration here.

In addition to the pubs, outdoor spaces become opened up at cafes, brunch places, and eateries, so even a Sunday AM avocado and toast can be enjoyed in the sunshine.

Lounge on its Commons

Until recently, my London home was sandwiched between three SW green spaces: Clapham Common, Wandsworth Common, and Tooting Common. It’s almost a crime not to grab the picnic blanket, cooler, and a frisbee and spend the whole afternoon picnicking and catching up with friends when the sun peaks through the clouds.

South London may be known for having the most green space, adding Wimbledon Common and Richmond Park to the list above, but the rest of London is rich in picnic-perfect places from Regent’s Park and Hampstead Heath in the north, to Victoria Park in the east, among others.

The street food markets of London become oh so tempting in the summer months. There’s plenty to choose from to grab some quick eats in the sunshine, such as:

Summer is when the outdoor movies start to pop up in London’s parks and rooftops, and increasingly, even more creative spaces.

New this year, Time Out took it a step further and decided to start showing films on a boat cruising down the Thames. My friend and I had to try it out and went along to see Grease earlier this week. The verdict? Despite being a pricier choice, it was worth it. Starting with a sunset cruise from Tower Hill to Westminster Bridge and back, it docks up once it gets dark, the screens pop up, and the film starts.

Complete with a bar and an indoor screen in case the weather is off, you can settle in on the boat’s benches with a blanket, pair of headphones, and some popcorn. Interested? The rest of this year’s showings can be found here.

Walk along the Thames

Once you’ve checked off the above, nothing really can beat the feeling of walking along the South Bank on a sunny day. Grab an ice cream, check out the markets, take in the sites and wonder up to the Tate Modern or one of London’s many parks.

Really want to enjoy some rare British summer sunshine? Take a day trip to one of the great surrounding places for a day trip. It’s easy to get to beaches, castles, sprawling parks, and historical sites by train from London.

How to Spend 6 Days in Split, Croatia