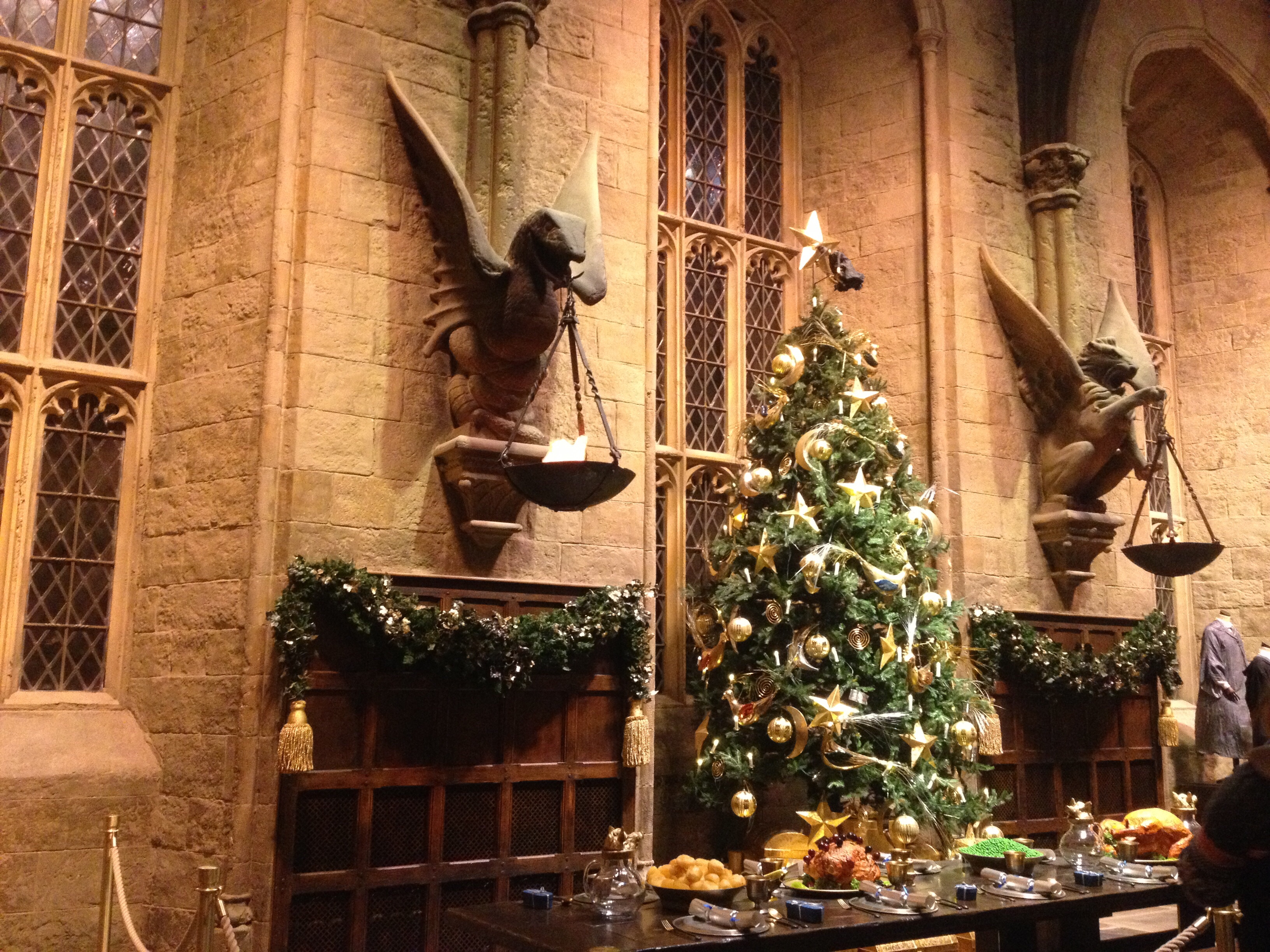 It’s no secret that I’m a bit of a Harry Potter geek. So it will come as no surprise that one of the top things on my to do list when moving to London was to visit Warner Brothers studio for a tour of the making of Harry Potter. I couldn’t wait to see the place where so many of my favourite scenes were filmed and learn more about how they were made.

Looking to experience a bit of the magic yourself? Here’s everything you need to know:

The studio was where the eight Harry Potter films were created over a period of several years. The vast complex houses the original sets, props, customs, and more that were used. Your tour begins as you step into the Great Hall itself, through the grand doors, like a first year waiting to be sorted.

Then step through Hogwarts’s gates. Here, you’ll find the sets of the Gryffindor common room and boy’s dormitory, the Potions classroom and Dumbledore’s office.

Across the room, you’ll see Hagrid’s hut and the Weasley’s house.

Around the corner, you’ll see sets and props from the Ministry of Magic, before stepping outside.

Here, you’ll find Hagrid’s motorcycle, the Knight Bus, and the exterior of 4 Privet Drive (although the real house is in Berkshire). There’s also Harry’s house in Godric’s Hollow and a cafe where you can sit down with a glass of Butterbeer.

Wander back inside for a stroll down Diagon Alley. Walk along looking at the iconic shopfronts, including Weasley’s Wizard Wheezes and Ollivander’s.

Next, you’ll learn about how the special effects were created, from bringing the magical creatures to life, perfecting green screen effects, to the creation of the goblin costumes

The tour rounds off with a look at a model scale of Hogwarts, stroll around and see the castle from every angle.

Depends what you want to see! The usual sets, props, and costumes that are always on display. However, the studio often has special exhibitions depending on the time of year.

For Halloween, you can experience the Dark Arts exhibition, which this year runs from 28 September until 10 November. It will showcase Halloween feast props, Death Eater costumes, and more.

We visited around Christmas time, which is when Hogwarts in the Snow is on. Expect the Great Hall decorated for the Christmas season. Take a special look at the Yule Ball props from Harry Potter and the Goblet of Fire. Other special exhibitions are often on, so pick a date based on your favourite things about the films. New features are always being added as well. Recent years have seen the Hogwarts Express. And even more recently, you can explore the Forbidden Forest.

Avoid the crowds if possible and visit during the week during terms times. And make sure to allow yourself at least a couple of hours to see everything. It takes longer than you might think. I think we were there 2-3 hours.

What to Experience During Your Harry Potter Tour

The studio also has several things that you can take part in to feel like you are in the films itself.

Throughout the tour, you’ll learn how some of the special effects in the film were created. You can even take part in the studio’s green screen experience to see what it would be like to ride a broomstick of your own.

Quidditch fans will also want to keep their eyes open for the 15 golden snitches hidden around the studio, can you find them all?

And don’t forget to try some Butterbeer at the cafe and take home some of the iconic sweets including Bertie Bott’s Every Flavour Beans.

If you are looking for something a little different, Visit Britain offers a tour that includes a breakfast in the Great Hall here.

Getting to the studio tour

The studio is located in Leavesden, just north of London. You can reach it most easily by car. However, it’s also not hard to reach from central London. Take the train from Euston to Watford Junction and then the 10 bus from the station towards Boundary Way to Trident Road (10 stops).

How to Book the Harry Potter Tour

You have to book tickets in advance to visit the studio. Buy the tickets online here. I recommend booking a few months in advance to get the dates you want. Right now, you can purchase tickets until the end of 2019.

What to Take Home

After you’ve finished your tour, you are probably going to want to take something home with you. Yes, there is a gift shop, and yes it has a lot of stuff. I picked up a replica of Hermione’s wand, and of course, some Bertie Bott’s Every Flavour Beans. Expect t-shirts and other clothing, replica props, all the books and films, and stuff from each house, no matter which  you belong to (shout out to my fellow Ravenclaws!)

I can honestly say the tour really impressed me. Even though I did have high expectations, it was just as amazing as I expected. Every Harry Potter fan’s should put the studio tour on their bucket list!

10 Beauty Products I Never Travel Without