A Day Exploring the Giant’s Causeway 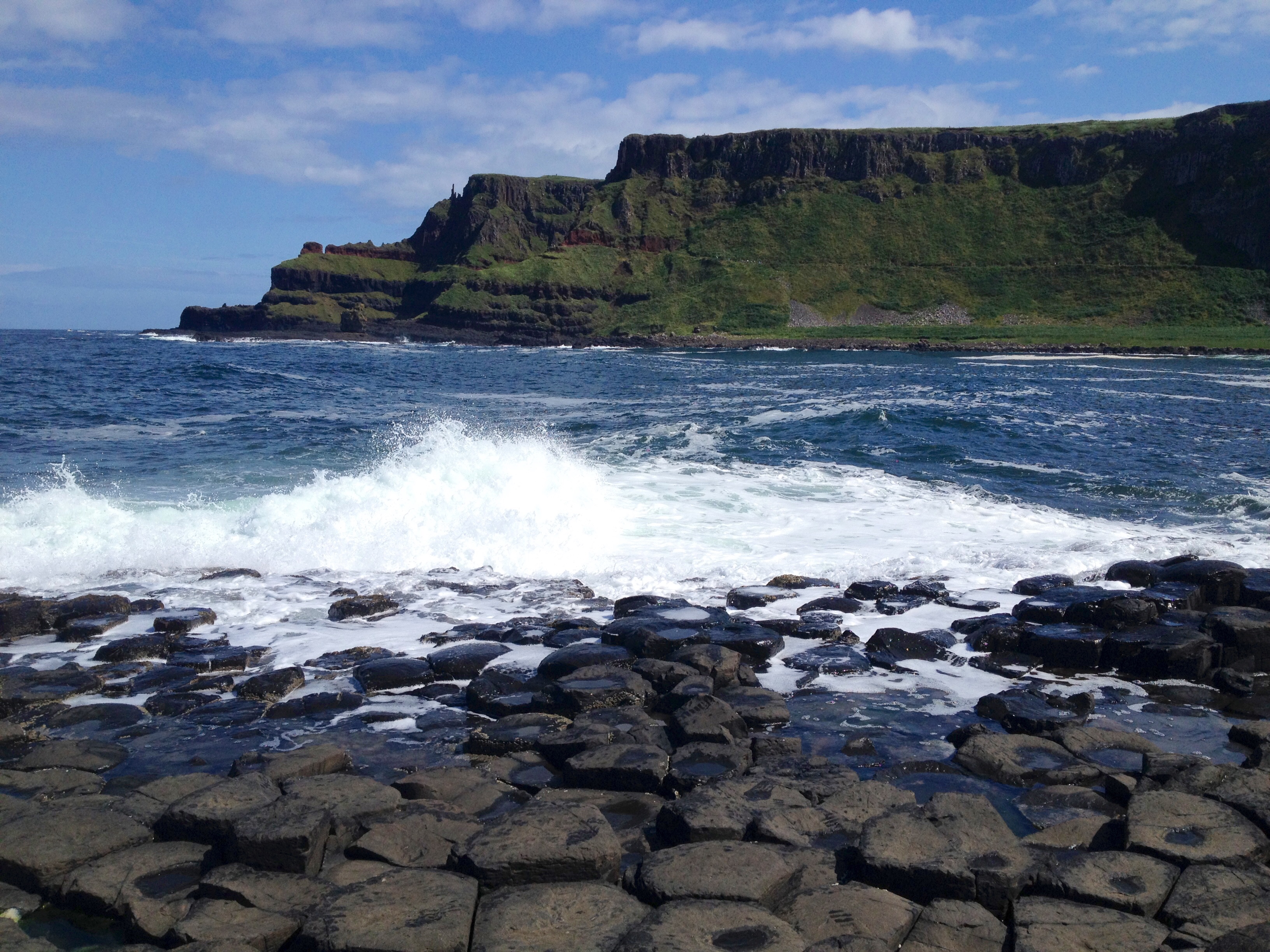 Visiting the Emerald Isle, both The Republic of Ireland and the North, is like stepping into a fairy tale. It’s a land of legends and myths, castles and history and has even featured in Game of Thrones. No wonder this enchanting land has a place called the Giant’s Causeway.

Located on the coast of County Atrim, the causeway is a natural wonder and UNESCO World Heritage site.

What is the Giant’s Causeway

The Causeway is a strange site. It looks more like a puzzle or a massive piece of modern art rather than something naturally made. But the approximately 40,000 interlocking, hexagonal basalt columns were formed almost 60 million years ago as a result of volcanic activity. Legends tell a different story – one about two feuding giants in which one built the causeway to reach the Scottish Isles but the path was ripped up by the rival giant.

I visit Derry about twice per year. As I’ve seen all the sites the Northern Irish city has to offer, I’m always trying to think of what day trips I can take. Luckily, it’s a fairly easy journey to the Causeway from Derry.

Getting to the Giant’s Causeway

I got off the bus outside The Nook pub and started down the sloping path to the causeway. The path has sweeping views coastline, and is about 1.5 miles to the Causeway itself.

Down to main part of the causeway, tourists were climbing on the step-like formations. I watched the waves crash into the part that juts out into the sea, spraying people with mist.

The weather when I visited was unusually sunny for Ireland and even though it was a lovely day in August, it still felt peaceful. There was plenty of room for me to sit on the rocks and enjoy the scenery without having to contend with crowds.

I visited during the summer but the coastal breeze was still fresh. Any other time of year, or for those who aren’t acclimatised to cool weather will need a bit of warming up after exploring. As mentioned above, the Nook sits at the top of the causeway near the bus stop and serves up a variety of British fare.

What else is nearby?

The bus to the Giant’s Causeway also stops by Carrick-a-Rede Rope Bridge, and crossing this seems to be a feat only for the brave. The bridge is suspended approximately 100 feet above sea level. It forms part of the coastal walk of the area, which is popular for its beautiful scenery and chances to spot local wildlife.

If you are headed to the causeway by public transport, you should be aware that many of the services are seasonal and you’ll have a much easier and shorter journey during peak tourist times. Just make sure to check the last bus back to your starting point, you don’t want to get stuck here overnight!

I caught the train from Derry’s main station to Colraine and it was a gorgeous ride watching the coast roll by. Once in Colraine, a bus (172 toward Ballycastle) run to the top of the causeway.

Bus services run fairly regularly during peak season and take about an hour and a half. You can also take the train to Colraine and get the 172.

Giant’s Causeway’s website has some more detailed information about how to get there.

It’s a fairly gentle hike down to the causeway but I recommend wearing sturdy walking shoes and carrying a bottle of water. And take some layers – even when it seems like a warm day, that coastal breeze can be sharp.

Is the Giant’s Causeway on your travel wish list? Or have you been there already?

Valletta Malta – How to Spend 24 Hours

The Dos and Don'ts of Visiting Sri Lanka