Dos and Don’ts for Visiting Vietnam 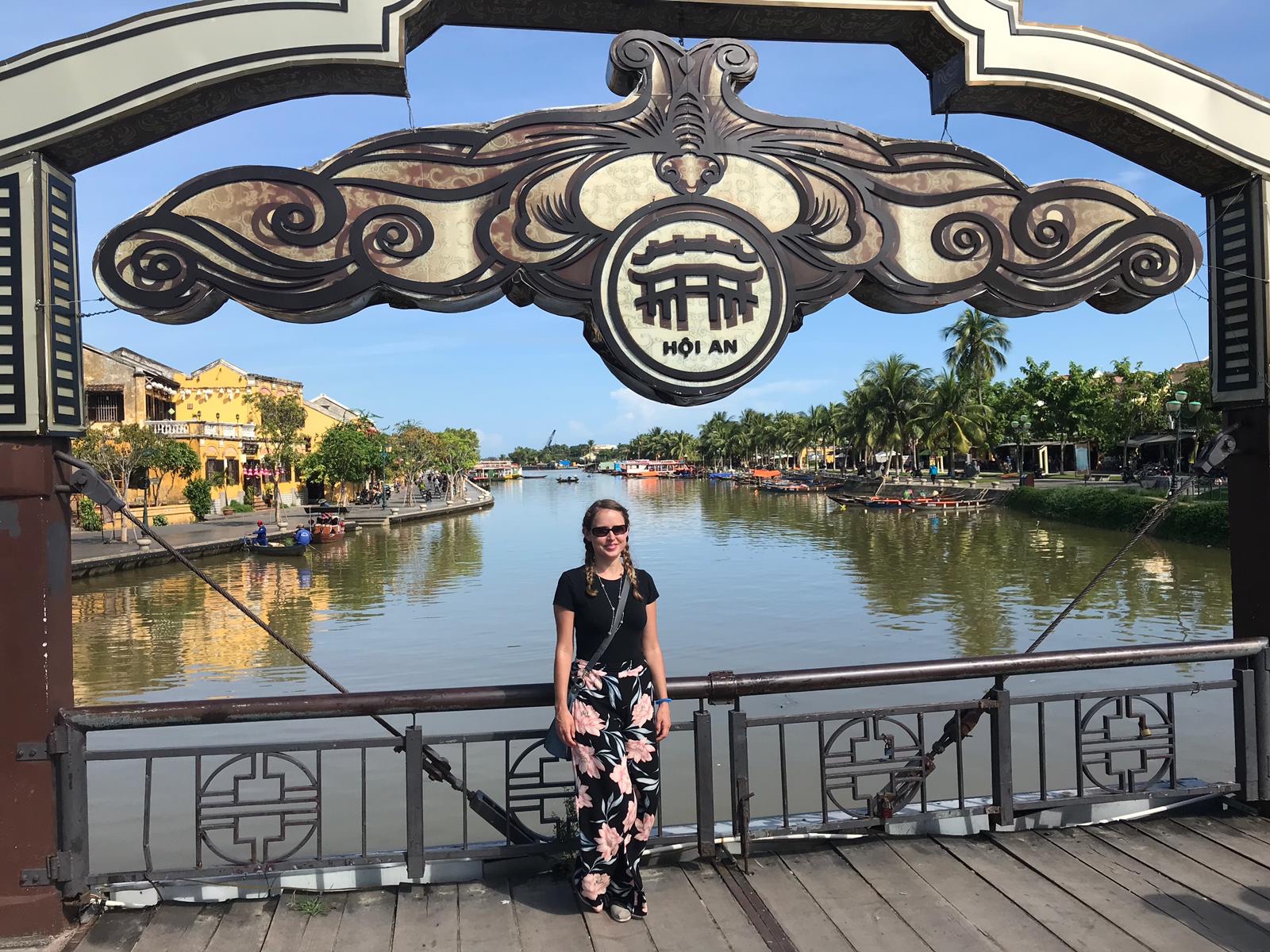 Vietnam is a fantastic country to visit, but there are some dos and don’ts you should know before travelling there. I certainly feel like I learned some lessons along my travels to Vietnam.

In last week’s post, I told you all about the dos and don’ts of visiting Sri Lanka. but this trip wasn’t nearly as hard to plan as Vietnam. Even after a lot of research, there were still many lessons to be learned along the way. Here are a few dos and don’ts I wish I’d known before going to Vietnam and some of the things I was glad I researched before I left.

Get a local SIM card

I regretted not getting a SIM card for our phones. Our plan was to grab one at the airport when we arrived, but with nothing open in the early hours of the morning. WiFi is prevalent throughout the country, so we decided we could go without.

Yes, we managed to get by without a SIM card, but it led to a few misadventures. Our Airbnb host in Nha Trang originally sent us the wrong postcode, meaning our Grab took us to the middle of nowhere. We then missed the text giving us the correct one. Later in our trip, we came back to a locked B&B in Da Nang after dinner with a note on the door that said call for entry. Even though it was not yet 10 pm. We stood in the rain for quite some time before begging a passerby to call it for us.

Locals in Vietnam tend to dress conservatively, so you might feel out of place in clothing that leans towards the revealing side.

You also need to cover your shoulders and legs at temples and pagodas, so wear something light and loose or take a pashmina or sarong with you.

We went armed with tropical strength repellent and were still getting bit. The insect spray quickly ran out, and we switched to one recommended by the locals, Soffell. It was like a nice smelling lotion in orange or floral, not toxic smelling like other repellents. After using it, I didn’t get any more bites. Most corner shops in the country sell it for about 25-30k (around £1)

Beware of scams while travelling Vietnam

Right, here’s the worst thing about visiting Vietnam: scams targeting tourists are fairly common. I did a bit of research before I went, but Matt hadn’t and there were a few moments when I had to practically push him to keep walking (which I’m sure looked quite funny given our size difference).

For example, Ho Chi Minh City and Hanoi can be common places for the shoe scam. Someone will start pointing at your shoe, especially if it has some wear to it and follow you trying to ‘glue’ it.

Often it’s a solvent, and you get stuck with a demand for an overpriced fix. Overcharging tourists is also common. We were overcharged for coffee at one restaurant, having been giving a tourist menu. Later, Matt was overcharged for coconuts in Ho Chi Minh, although by that point we were too overheated and thirsty to care. There’s a long list of common scams here.

Be food safe, and be prepared for the consequences

Vietnamese food, including the country’s amazing street food, is absolutely incredible. But the sad truth is that many travellers do experience some sort of stomach complaint at some point during their trip. This happens for a number of reason, whether as a result of trying too many new foods, or, more common, as a result of lower hygiene standards. Even I fell into this category at the end of my trip, despite trying my best to be careful. We opted for places with good reviews that looked clean, all the while avoiding ice in drinks and salads. Remember not to drink the water and try to ask for drinks without ice.

In addition to being careful, I’d recommend bringing some remedies for possible consequences.

Get the Grab app

I downloaded Grab onto my phone before we left for Vietnam. The app is South East Asia’s version of Uber and was really cheap for getting from place to place. Because you enter in the address, it saves you from any possible language barriers. While almost everyone knew at least some English, I was very aware that I was likely mispronouncing every street and place name. Best of all, you can just pay in cash. Taxis are prevalent and while the one taxi we did use was absolutely fine, I have heard stories about them gauging prices for tourists.

Apart from our cruise in Ha Long Bay and our last night in Hanoi, we stayed in Airbnbs the entire trip. A few places were lovely private apartments, some were gorgeous b&bs (including swimming pools) and all the prices were quite low (one place was £7 per night).

Apparently, it’s quite easy to get a room or a hostel on spur of the moment throughout the country. At least that’s what one rather pretentious traveller told us. But I just can’t bring myself to show up in a place without knowing where I’m sleeping.

The only downside to some Airbnb’s is if you end up travelling by overnight sleeper trains you may end up with a place that won’t let you store your luggage. We had this in Ho Chi Minh City and Nha Trang. This meant spending three days in a row hauling our luggage with us most of the time. We just had backpacks and in Nha Trang spent most of the time with these wedged between our sun loungers. We followed up our beach day by a pre-train trip to the spa just to get all the sweat, salt and sand off of us.

Meanwhile, in Da Nang, the hostel we booked said on their ad it provided luggage storage and the staff said they’d store it for us when we arrived. But when we came back several hours later, it had been set by the open door to the street with no staff in sight. Luckily, we only had clothes and cheap toiletries in them and nothing was stolen. But something to be aware of.

Get some currency before you go

It’s easiest to pay cash for most expenses. You do need to be aware of card scams in some places and at some ATMs. In addition, the limit you can take out from an ATM at any one time is about £30. We also found that a lot of the machines wouldn’t accept our foreign cards (plus you do get charged each time).

That said, even with the charges, the rate did come out slightly better than our initial money exchange with the Post Office. Do shop around to see where does the best exchange rate for Vietnamese Dong, which should equal about 30k dong for £1. Just don’t carry around too much cash at once, as with any trip!

And be careful with your change

Do watch for shortchanging. Also make sure you get used to the currency. It gets confusing quickly with all those zeros and distinguishing between 10,000, 100,000, and 1,000,000 notes that are all similarly coloured! One  common scam that occurs is the money switch. You give someone a bigger bill and they claim you gave them a smaller one. It can happen quite commonly with the 500,000 and the 20,000 (they are both blue).

Know what visa you will need

This one was easy for us. We travelled the country exactly 15 days, so we still qualified for a short stay visa. A short stay visa just requires a stamp at customs for Brits. If you are planning to stay longer, you’ll need to get a visa before you go. Brits can find more info here. Make sure to check the individual requirements for your citizenship.

And the biggest: Two weeks just didn’t feel like not enough time to see all of Vietnam

There was still so much we didn’t get to see and do.  We had to skip Sapa, Ninh Binh, and Dalat due to time constraints. And there were other places such as Hoi An that we simply didn’t spend enough time. About three weeks would have been a lot easier and mean we didn’t feel like we were constantly on the move. But as I’d switched jobs part way through the year, I ran out of annual leave.

That said, if you only have two weeks, it is still possible to see all the major highlights and it shouldn’t stop you from seeing Vietnam. Just be prepared to be on the move a lot, or stick to one part of the country. We managed to see Ho Chi Minh City, the Mekong Delta, Nha Trang, Da Nang, Hoi An, Hue, Hanoi and Ha Long Bay after some careful planning and some strategically timed sleeper train journeys.

The Dos and Don'ts of Visiting Sri Lanka

Food to try and places to eat in Prague