The Best Places in the UK for Harry Potter Fans 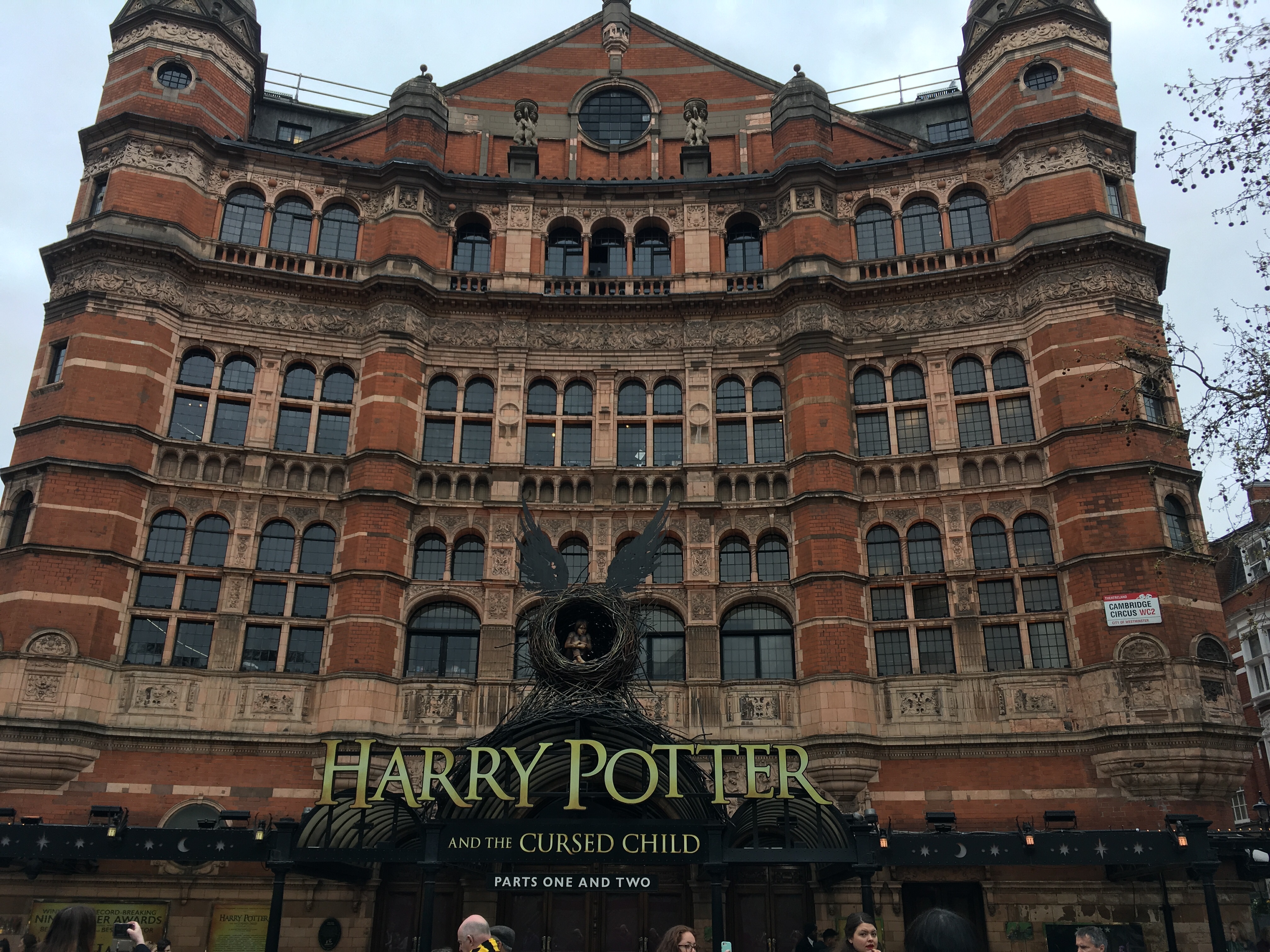 For members of the Harry Potter fandom who visit from abroad, the UK is filled with various Harry Potter filming locations and things for fans to see.

The first time I visited the UK, 13 and in the middle of reading Harry Potter for the first time, it felt magical, about as close as it could to stepping inside the pages of these books or feeling right on the set of one of the films.

While there are many that aren’t on this list, here are my top picks to visit.

An always popular stop off for Harry Potter fans, Platform 9 3/4 has been immortalised at King’s Cross Station, marked by a trolley seemingly sunk partway into the brick walls.

The station was also used in the scene between Harry and Dumbledore in the 2nd Deathly Hallows film, while the exterior of St Pancras can be seen in the flying car scene in Chamber of Secrets.

In the heart of the City of London, nestled among skyscrapers and insurance companies, Leadenhall Market feels like a different world.  This beautiful Victorian covered market was featured in the first film in the scene where Harry examines his school shopping list with Hagrid as they approach Diagon Alley.

Its inhabitants may mainly be chain restaurants and high street shops, but you’ll still find a few old fashioned places to explore hidden among the red and green facades.

In the opening of Harry Potter and Half-Blood Prince, dementors are attacking Muggle London, destroying Millennium Bridge. Luckily, the pedestrian bridge is still standing and just a short walk between St. Paul’s on the north bank and the Tate Modern Museum on the South Bank.

You may have noticed many of London’s sights along the River Thames in The Order of the Phoenix as the gang ride their broomsticks to Grimmauld Place. This included London’s most iconic bridge, Tower Bridge. You might recognise Lambeth Bridge from Prisoner of Azkaban where the Knight Bus squeezes between two double-decker buses. Looking to see all three? Take a cruise down the Thames. Or, if you are up for a hike, stroll along the Southbank.

Elsewhere in the UK

This gorgeous castle in the north of England featured in parts of the first two films in many outdoor shots. In particular, the grounds were the location for the scene of Harry learning to ride a broomstick.

Not a Harry Potter filming location, but this cafe is rumoured to be the birthplace of the Harry Potter story.  Supposedly it was here that J.K. Rowling began writing a story about a boy wizard, unaware that it would one day become one of the most universally read and popular book series of all time.

There’s also something about journeying by train from London to Edinburgh that makes you feel like you’re on the train to Hogwarts. I remember first reading Prisoner of Azkaban when I was 13 travelling to Edinburgh for the first time on a sleeper train. I remember feeling like suddenly dementors would burst into my cabin as I read that chapter in the book.

I visited this little village on a day trip while staying in Bath once, and in addition to being a lovely little place with an old-world vibe, it also features two Harry Potter filming locations. First, you can see the hallway used in many of the Harry Potter films as the students walked between classes at Lacock Abbey. On the edge of the village, you’ll find Professor Slughorn’s house from the Half-Blood Prince.

The Making of Harry Potter at Warner Brothers Studio

Warner Brothers Studio Tour is obviously the ultimate place for Harry Potter fans to visit. Step inside the studio where most of the filming took place and learn how the iconic books were brought to life. Step inside the Gryffindor common room and Hogwarts classrooms, see props from the films, and find out how the magic was made. Find out more to plan your visit and read my tips here.

The tickets are notoriously hard to get so you have to really keep an eye out.  As a result, I had to book nearly a year in advance for mine.  I won’t give much away, but it picks off where the book series ended. And yes, it is worth it. It took the West End by storm when it opened at the Palace Theatre. I managed to get tickets last February for the show for this March (over a year in advance). And it was pricey with two parts to see.

I opted to see it on a Wednesday for both parts. While it was a long day in the theatre, I did really love it. I had read the screenplay in advance and wasn’t massively keen on it but it is so much better on stage. I won’t give away any spoilers, but there were parts that made wonder how they did it. The staging and effects are fabulous.

To grab one of the coveted seats, keep your eye out for next ticket releases or you can even check on the day for cancellations if you are feeling lucky. Alternatively, you can try for a set of tickets released at noon every Friday.