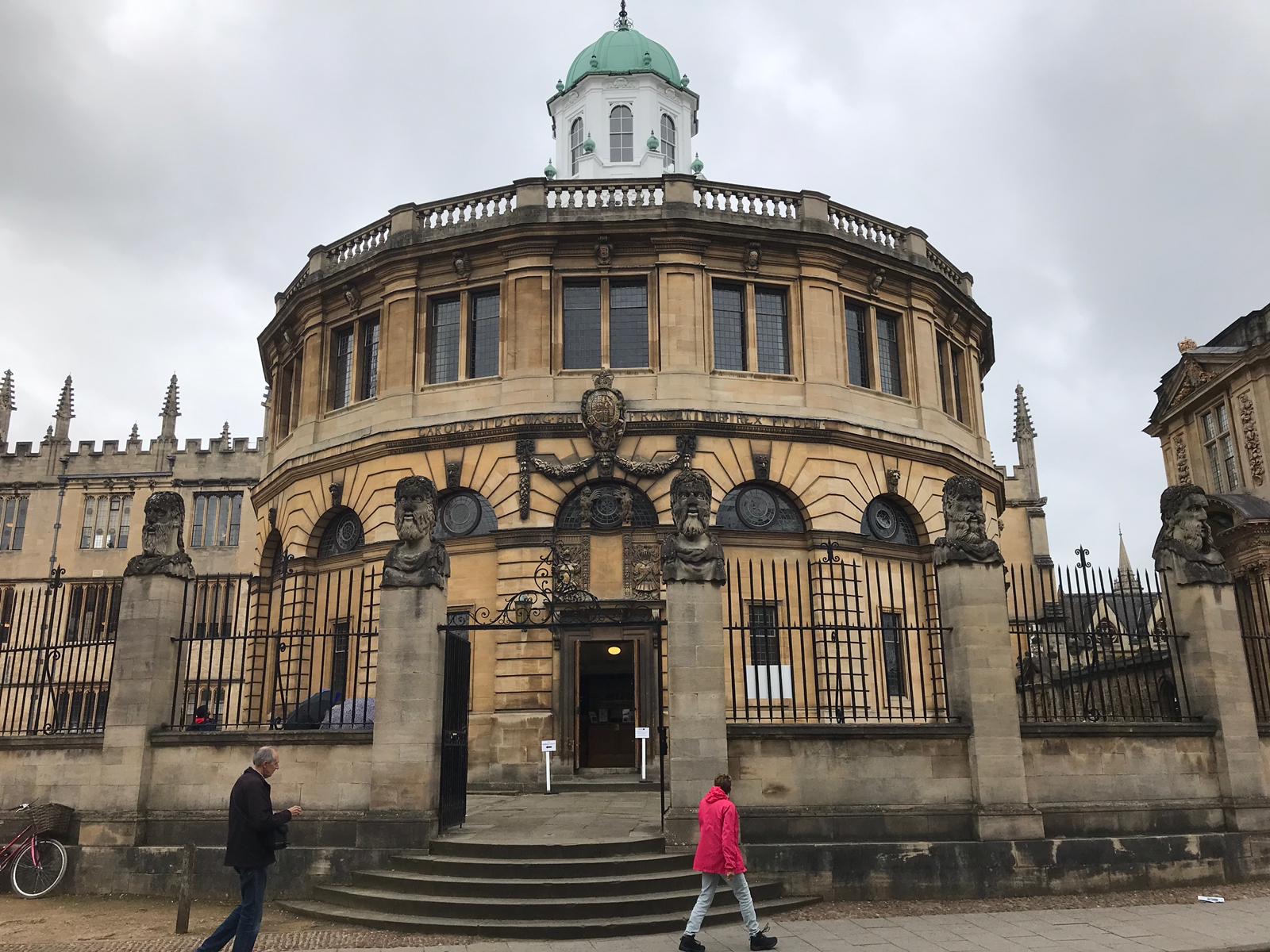 Oxford is one of the most visited cities in the UK, attracting over 7 million visitors each year. It needs little introduction, being home to the most famous university in the world. Exploring Oxford is easy to do in one day and you should have time to see many of the city’s highlights.

Here’s what we got up to on our day trip to Oxford and our recommendations of what to see, do and eat.

*Disclosure: this post contains some affiliate links, meaning, at no additional cost to you, I will earn a commission if you click through and make a purchase.

Things to do in Oxford

The UK’s oldest botanic garden features a combination of glasshouses and grounds with hundreds of plant species from near and far. For us, it was a great way to spend a couple of hours wandering around, enjoying a peaceful atmosphere and taking a few gorgeous pictures.

In the glass houses, you’ll find rooms full of exotic flora. These range from giant lily pads to carnivorous plants such as venus fly traps and pitcher plants.

Outside, the Walled Garden features plants and flowers from all over the world. Plaques describes  the history that brought many of these to Britain. I especially loved watching all the bumblebees enjoy the flowers and the smell of roses in the air. While you’re likely to recognise the majority of plants kept in the outdoor space, there were a few oddities, such as a patch of mandrakes.  I must admit, I thought those only existed in Harry Potter!

It was raining most of the day when we visiting Oxford, so we immediately sought out somewhere we could escape the wet weather and just look around. I quite like the Natural History Museum in London, so was curious what was inside the Oxford one. It held quite a large collection ranging from dinosaur fossils, whale skeletons, rare and extinct species, and meteorites.

Attached to the Natural History Museum is the Pitt Rivers Museum. It’s most famous pieces include an Egyptian mummy and a collection of shrunken heads, both of which I found creepy yet interesting and Matt enjoyed seeing.

Oxford’s Covered Market was perfect for finding independent places to shop and eat. Jewellery and accessories lined one of its corridors, while eateries, fresh produce stalls, and home and gardening shops were dotted around the market. Browse the shops and stop for some lunch while you are there.

The Bodleian Library is Oxford University’s main library with a historic past and an unbeatable collection.  You can take a tour of the Divinity School in the Bodleian Library. This room is the oldest in the library and was used as filming location in Harry Potter, the Golden Compass, X-men, and more.

One of Oxford’s most iconic buildings, the Radcliffe Camera functions as one of the main reading rooms of the Bodleian Libraries. You can only go in as part of a tour that mainly runs weekends, but the outside is worth stopping by.

As you explore Oxford, you’ll probably pass by Oxford’s Bridge of Sighs. A popular photo spot, this arched bridge looks very similar to the one in Venice. The skyway, officially known as Hertford Bridge, connects two parts of Hertford College.

To be honest, our main source of amusement while passing this was the fact someone stuck a Danny DeVito cardboard cutout in a window at an angle so that it shows up in all the tourists’ photos.

There’s several pubs in Oxford that have been in operation for more than 100 years. Of these, many were frequented by well-known names over the years. We stopped in for a pint at the Eagle and Child, which served as a meeting spot of the Inklings, a group that counted J.R.R Tolkien and C.S. Lewis among its members. The first draft of The Lion, the Witch and the Wardrobe was reportedly first shared in the pub. It is your typical English pub, slightly musty smell with the usual drinks on tap. Other notable Oxford pubs include:

We spent quite a bit of time trying the foods in the covered market, which was great for independent eateries. Elsewhere, other independent restaurants selling street food style dishes in Oxford are well worth the challenge to get a table.

We discovered this little gelato and chocolate shop, Iscream, inside the Covered Market and decided to try a few of their sorbetti flavours and they were amazing, tasted so creamy and fresh. We really loved the passion fruit and rhubarb & ginger flavours.

For dinner, we stopped at the Coconut Tree which serves Sri Lankan small plates and it was just incredible! From my experience of Sri Lanka, the dishes were quite authentic. We started off with hoppers, along with rotti, sambol, kotti, spicy fried cuttlefish and an amazing tuna steak curry. Honestly it was so nice! I recommend booking ahead, especially on the weekend.

Another find inside the covered market, this Greek pitta street food stop, Souvlaki Brothers, is great for a quick lunch. The pittas are served up with your choice of filling and a topping of paprika-sprinkled fries. I wish there was one near us, it would be my perfect snack after a night out.

We decided we just weren’t in the mood for a tour and explored Oxford on our own. But, as a result, we weren’t sure where to start. If you’re looking for a general tour to start your day or one on a specific interest, there’s plenty available. For example:

You can get to Oxford easily from London. Coaches run straight from Gatwick and Heathrow if you’re heading there from the airport. From central London, you can go by train (from London Paddington or Marylebone). Otherwise, get a coach by hopping on either the Oxford tube or a National Express service. We opted for the National Express coach, which was pleasantly quiet and comfy.

A Guide for Staying in St Paul’s Bay, Malta