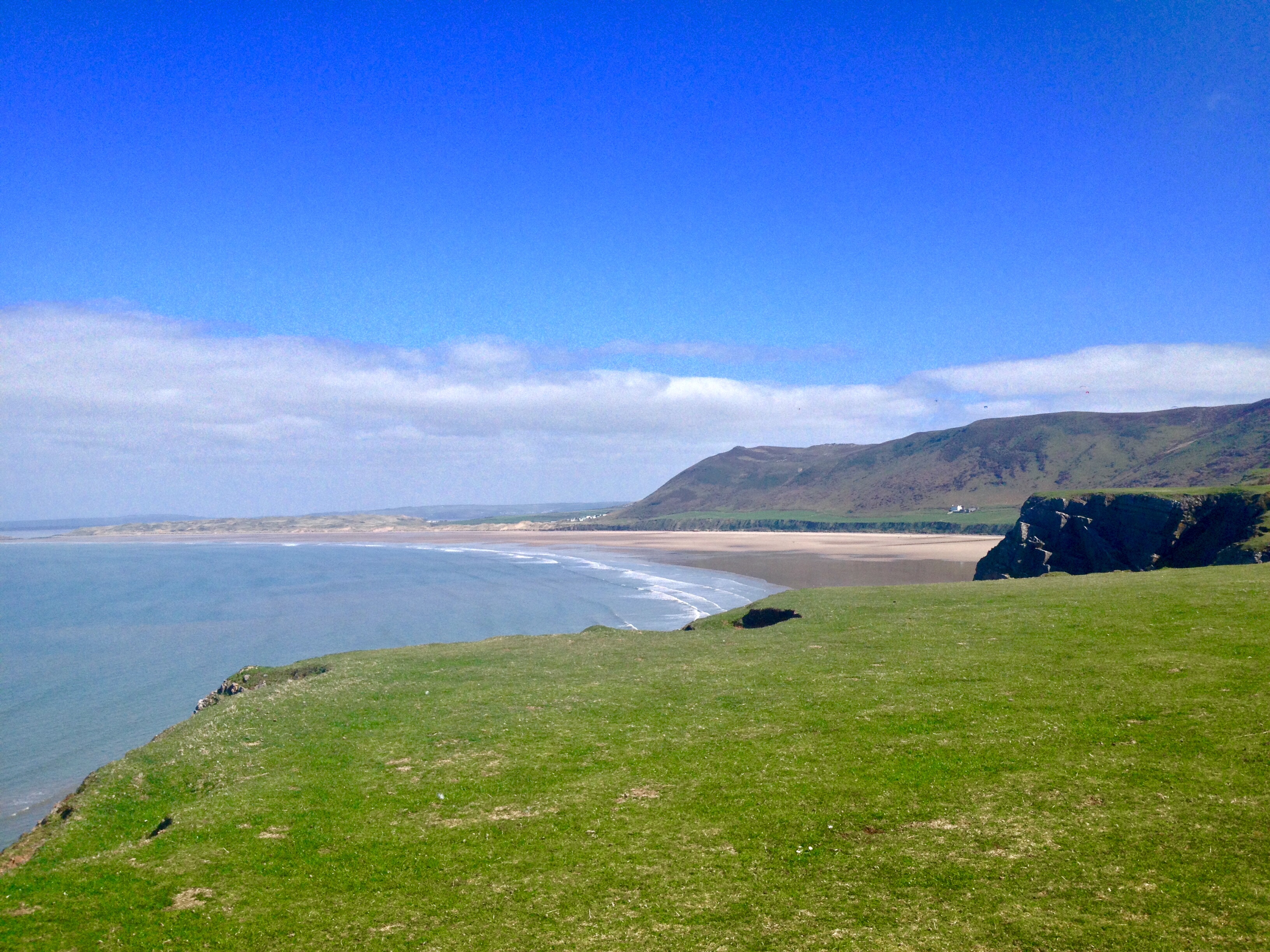 Swansea was the first place I lived in the UK, first for a university study abroad semester, and then back for my Masters, but my fondness for it is much deeper than cheap night clubs with sticky floors and a now-demolished student village (RIP).

For those not familiar, the Gower Peninsula is located on the coast in South Wales, not far from the second largest Welsh city, Swansea. It was named the UK’s first Area of Outstanding Natural Beauty in 1956 and remains largely unspoiled to this day. The area features stunning cliff views and top-notch sandy beaches, with plenty to see and do.

After a recent trip back for a Uni reunion, it struck me once again what a hidden gem the Gower is and why it’s just as much worth a visit as the Cornish and Devon coasts to the south. And here’s why.

*Disclosure: this post contains some affiliate links, meaning, at no additional cost to you, I will earn a commission if you click through and make a purchase

There nothing that ruins a perfect beach day more than crowds. Having to leave early to beat the traffic, spend the day having sand kicked in your face by kids running around, nearly sharing your beach tower, these things not my idea of a fun day out, and not something I can get used to after growing up on the Outer Banks. But on the Gower, there always seems to be plenty of room to put down one’s beach towel and just enjoy being at the beach.

Not only are they usually uncrowded, but they are stunningly beautiful, most with long swaths of golden sand. Langland, Caswell and Port Eynon are Blue Flag Beaches, while Rhossili Bay features on many lists of the UK’s Best Beaches.

I dare anyone that goes to Rhossili not to gaze out over the cliffs and fall in love with this area. On a sunny day, it’s even more spectacular. Throughout the Gower Peninsula, you’ll find rugged cliff side coastline overlooking golden sand beaches and blue seas with Welsh green rolling hills forming the backdrop. It’s worth it for the photo opportunities alone.

Welsh beaches are surprisingly great for surfing. One of the things that swayed me to pick Swansea back when I was choosing my study abroad destination was a picture of a surfer on the pamphlet. Somehow, it made me think it would feel a bit like home being by the beach. And it did. In fact, I became more in love with surfing that semester than ever before, perhaps the lack of sharks won out against my dislike of cold water.

Many of the Gower’s beaches are great for beginners, with rolling, gentle waves, while some days will see more challenging surf for the experienced. Head to Rhossili/Llangennith, Caswell Bay, or Langland Bay for the best waves. There’s also several places along the Gower Peninsula offering surfing and stand-up paddle boarding lessons, such as this one.

A little coastal town just a couple of miles from Swansea’s city centre, the Mumbles is full of gastropubs, a mix of high street and independent shops and seaside amusements (mini golf anyone?). It marks the start of the Gower Peninsula and is a great place to explore.

While you’re there, make sure to visit one of the two branches of Joe’s Ice Cream, a fantastic family run gelato joint. Check out the Lovespoon Gallery for a traditional Welsh gift or unique souvenir.

Make time to visit Oystermouth Castle while you’re there, a 12th century castle prominently visible over the town. Hike further up the coast for beautiful views over Bracelet Bay.

The Gower Peninsula is home to some of the best coastal walks in the UK. The route from Mumbles to Three Cliffs Bay takes you past some of the best scenery and beaches such as Caswell and Langland.

For the adventurous, plan a trek out to the end of Worm’s Head, a thin peninsula jutting out from the cliff tops overlooking Rhossili Bay. But make sure to time your journey right, the rocky causeway is only exposed for two hours around low tide, and yes I have seen some rather embarrassed hikers having to be rescued after becoming trapped when the tide rose.

The need to knows

A few of the stunning places to see on the Gower coastline include:

How to get there

If you can’t explore by car, don’t worry. The Gower is not out of reach with frequent buses departing Swansea City Centre from the main bus station. Swansea is reachable by direct trains from London, Cardiff and Bristol to name a few, as well as by direct National Express coaches from London Victoria and Cardiff.

I’d recommend basing yourself in the Mumbles as you’ll be closer to amenities such as shops, pubs and restaurants while still close to the gorgeous coast. Find accommodation here. Looking for something more off the beaten track? Find accommodation on the Gower Peninsula here.

Looking to just do a guided day tour of the Gower? A day tour from Cardiff is available here.

How to Spend 3 Days in Venice

Travel Products I'm Buying Before My Next Trip