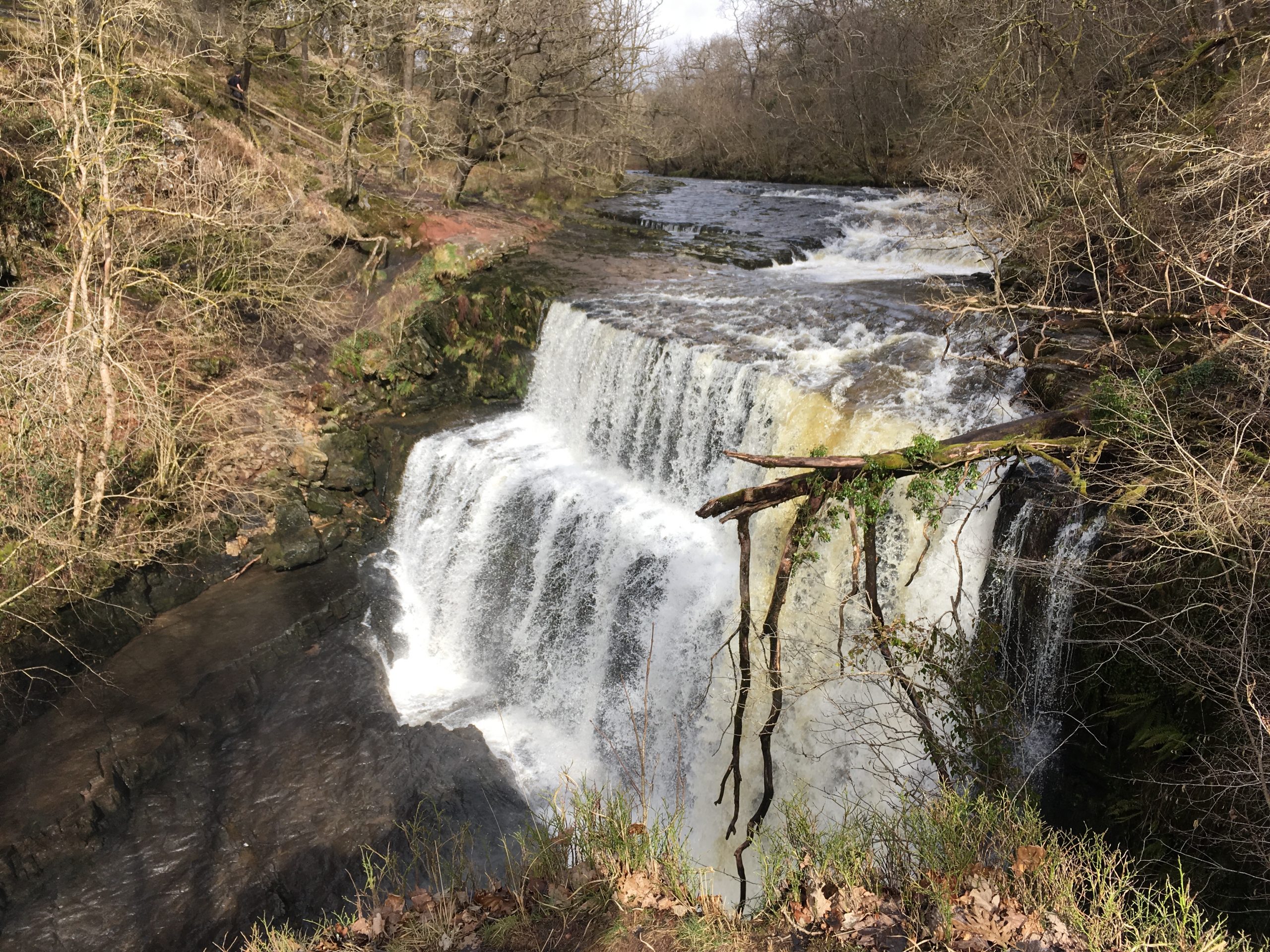 Brecon Beacons was our last outing before quarantine back in February. We planned to go to Milan but obviously we cancelled it due to Covid-19. I was disappointed even though it was definitely the right thing to do, and to make matters worse, we live very near the rail line and had an entire weekend of non-stop rail replacement works to look forward to. So I was thrilled when Matt suggested making the trip to South Wales.

I lived in South Wales for about two years, in Swansea. While I’ve written previously about local beauty spots such as the Gower, I had not been to Brecon Beacons. What I found was an incredible place to spend a peaceful weekend in the great outdoors. Add in some local beer and spirits and you have a top notch mini break.

Note: I am publishing this now as I have a lot of drafts sat about and I hope you find it useful as an idea for a future trip. I’m certainly not advocating crowding up the UK’s beauty spots yet, let’s all keep staying safe for a little while.

Where is Brecon Beacons?

Brecon Beacons is about a three hour drive from London, but feels like a world away. It is also close enough to be able to explore the Welsh cities of Swansea, Newport or Cardiff while you are there.

We chose to spend a day hiking the Four Falls trail, a hiking loop that stops by four of the most beautiful waterfalls in the area – gwd Clun-Gwyn, Sgwd Isaf Clun-Gwyn, Sgwd y Pannwr and Sgwd-yr-Eira. We started at Gwaun Hepste car park, making a loop to see all of the waterfalls.

The highlight was Sgwd Yr Eira Waterfall. We hiked down the steep path to observe the waterfall from ground level. Then kept going to experience what was the highlight of the trip – hiking behind the waterfall. A thin rock path leads behind the fall. But the wind direction wasn’t in our favour and we did get very wet!

The trail not an easy walk. Expect uneven terrain and some climbing over rocks, through a few streams if it’s been raining. Dress properly with good quality, water resistant shoes suitable for hiking and a waterproof jacket.

We were glad to warm up back at the car park with some hot chocolate and welsh cakes from this adorable little cafe truck.

Other natural wonders in Brecon Beacons

We visited too early in the year to check out some of the areas other natural wonders when we visited. But if you visit in summer, you can explore some of its vast caves. You can visit the National Showcaves Centre for Wales to visit some of the caves. The caves are open from April until early November.

You can also hike to the tallest peak in the area, Pen y Fan. Or hike to see more waterfalls, such as 60 foot tall Henrhyd Falls.

One of the top spots on our South Wales adventure wish list was our favourite craft beer brewery – Tiny Rebel. These Welsh brewers set up shop in Newport, Wales, located a 40 minutes from where we stayed in Merthyr Tydfil. Their beers have won multiple awards – including for their signature brew, a Welsh red lager called cwtch – a Welsh word meaning a cosy cuddle.

You’ll find classic beer styles done well (such as the Lazy Boy Lager and pale ales) and their classic Cwtch. But the real treat is their more inventive flavours – think jelly doughnut or key lime pie pale ales, amazingly fruity sours, or their popular marshmellow stout (Stay Puft). I think even a non-beer lover might be able to find a flavour they like here. They also stock some tasty non-alcoholic versions of their beers, yum!

The brewery bar features a tasty street food style menu so you won’t be drinking on an empty stomach, as well as foosball tables and games. It’s a large, airy space and the middle of the day when we visited, the bar was brimming with brunchers, families, and craft beer lovers alike.

Take a brewery tour to find out how its made. And of course, you’ll get a couple of brews to taste and a can of one of their signature flavours to drink along the way or take with you. Book ahead, there’s only a few spots on each tour and they seem popular!

Note: While you can’t take a tour right now and the bar hasn’t quite opened, you can actually buy their beer online on their website and you’ll be helping to support a small business. Trust me, my fiance filled our flat with about 5 large orders of the stuff during this pandemic. This isn’t an affiliate link, I just really like their beer!

You won’t just find great beer in South Wales, there’s some famous distilleries in the area such as Penderyn Whiskey distillery. We stopped by on our drive home for some shopping and I picked up a bottle of rhubarb and cranberry gin. You can also take a tour of the distillery.

A Day Trip to Marsaxlokk, Malta

How to Make Vietnamese Coffee - Taste of Travel