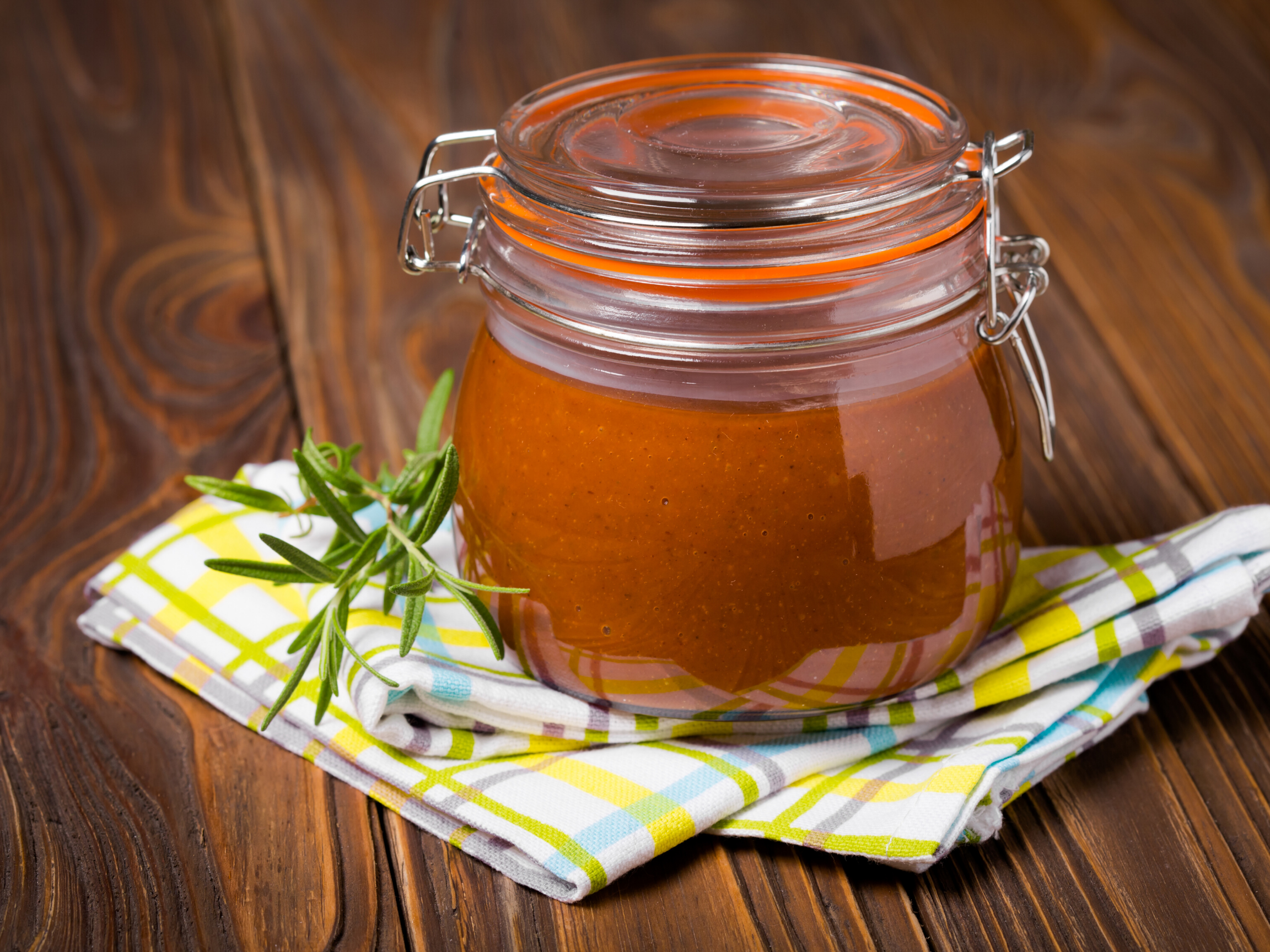 If you saw this recent post, you’ll know I’m trying to keep myself busy now on this blog with a few recipes from some of my favourite places. This one is particularly special to me – Eastern North Carolina BBQ.

This spicy vinegar based BBQ sauce is popular in my hometown on the Outer Banks and I managed to learn to recreate the sauce to a point I was happy with not long after I moved to the UK, I missed it so much! It’s also the recipe I share the most, I didn’t realise how much other people would like it, but my former housemate used to beg me to make it for anything American, 4th of July, Superbowl, any excuse.

If you know anything about American BBQ, you know it differs greatly from state to state. And yes even by region within a state. Classic eastern North Carolina BBQ is centred around the hog roast and the sauce to accompany it is spicy vinegar based and oh so good. This recipe shows you how to make this addictive sauce at home, perfect with some slow cooked pulled pork.

And yes you can make a veggie version! Jackfruit is a popular substitute for pulled pork. I recommend braising it in the oven rather than putting it in the slow cooker for a better texture and make the sauce a little bit thicker. Try this recipe to make the pulled jackfruit.

This recipe is really easy. In a saucepan on medium heat, add the vinegar and brown sugar.

Stir until the brown sugar dissolves. Add the rest of the ingredients and simmer until it thickens slightly, about 10 minutes, stirring occasionally.

The sauce will still be quite runny. Strain out the garlic clove halves, which I normally toss into the slow cooker with the pork.

You aren’t trying to make a sticky sweet sauce that you might immediately think of with American BBQ, it should remain fairly thin, spicy and tangy. Set some aside to slow cook your pork in and decant the rest into a bottle. Keep any leftover sauce in the fridge and use within two weeks.

There’s a few ways you can cook your pulled pork. BBQ aficionados may want to cook it in tinfoil on a lidded bbq. I live in a flat, so I always use my favourite kitchen tool – my slow cooker. Use a cut of pork like a pork shoulder. If it still has the fat, cut it off. Season the pork shoulder with salt, pepper and paprika and put the slow cooker.

Add a couple of garlic cloves, some red onion, and about half a cup of the eastern North Carolina bbq sauce you made earlier. I sometimes add a few slices of apple as well. Cover and cook on low for about 8 hours, until the meat falls apart easily with a fork. Remove from the slow cooker and shred it with two forks.

As I said, the sauce is quite thin, so I recommend serving on a toasted bun, using a bread that won’t get too soggy. Brioche buns work perfectly in my opinion, or I love it on a ciabatta. Put a good helping of your pulled pork (or braised jackfruit) on the toasted bun and dose with some of that amazing sauce. Top with coleslaw and your choice of salad. It’s also great in a wrap (like I did because it was all we had in the house!) or in tacos.

How to Make Vietnamese Coffee – Taste of Travel

A Girls’ Guide to Travel Must-haves for 2019